11 Souvenirs to Buy from Paris 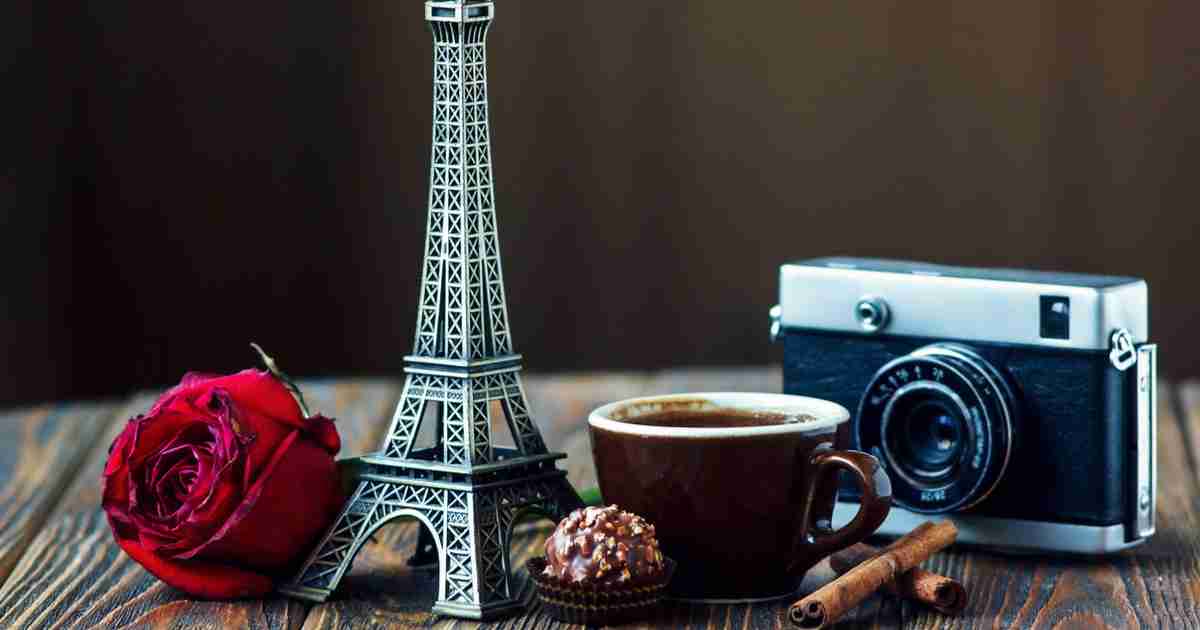 What would a holiday be without souvenirs of the destination ? Without souvenirs for your loved ones or for yourself ? In Paris the choice is huge, the range is endless. Whether classic or traditional souvenirs, you can find everything here.

As in every city, Paris' landmarks and sights are available as souvenirs in any form. Whether as a cup, plate, glass, postcard, poster, T-shirt, bag, magnet, pocket knife, key ring, everything can be found. Very popular are miniature editions of the Eiffel Tower, which are available in all souvenir shops.

We have put together 11 souvenir ideas for you and some of them have an interesting story. Learn the best places where to shop in this article.

table of contents
1. Macaron
2. French Wine
3. Mustard
4. Béret Basque
5. Hermès Scarf
6. A book from the Bouquinistes
7. Shakespeare & CO
8. A Portrait from Montmartre
9. Something of Picasso
10. Cosmetics from L'Occitane
11. French Parfume

The origin of the Macaron dates back to the Middle Ages. The French meringue made of almond flour is offered in many variations. However, the best known and most popular are the colorful macarons.

Between two slices of crunchy meringue, a layer of light cream is filled. The meringue base of the macaron is made of egg white, icing sugar and very finely ground almonds. The filling consists of butter cream or jam in a variety of flavors.

The original Parisian Macaron is still produced only by hand and should be consumed within a few days if possible. Foreigners pack dozens of them before leaving the city. Will you too ?

A very famous French shop for Macaron is Ladurée. You can find it on the Champs-Élysées avenue.

Today, it is assumed that wine was already being cultivated 9 000 years ago and a big part of the wine culture comes from France. In France, more than 40 million hectoliters of high-quality red and white wine are produced annually. French wine production is one of the best-monitored agricultural sectors in the world. Each bottled bottle belongs to a quality category.

Interestingly, France produces around 3240 different wines. If you would drink a different bottle of French wine every evening, it would take you more than 8 years to get through all of them !

Don't forget to bring a bottle home with you and to serve it during a fancy dinner with loved ones. It will definitely impress some of your friends. The Bordeaux is famous but Coté du Rhone is said to be one of the best…

You can find wine in every supermarket but we advice you to shop it in a specialised wine shop. They are many all around the city and the most famous wine distributing chain is named Nicolas.

Mustard, a sauce made from the seeds of white brown and black mustard, is typical of the traditional French sauces. Traditionally, the mustard is mixed with grape must. This is where the name Mustard comes from.

Other ingredients such as sugar, caramel or honey, horseradish or cayenne pepper, herbs and spices such as tarragon or cinnamon, lemon juice, wine or beer, garlic, tomatoes or paprika create further taste nuances between sweetish mild, spicy and very hot.

One of the most famous mustard brands is Maille. You can find it in almost every supermarket and food related shop.

The beret is known far beyond the borders of France. Marlene Dietrich and Pablo Picasso already wore berets back in the days. Originally, it was a knitted woolen cap worn by shepherds in the Pyrenees. Even though fewer and fewer French people wear this cap themselves today, it still has a great deal of symbolic power.

Almost all souvenir shops sell a beret. To get a fancy one, you can have a look into the souvenir shops of museums or in the shop of the city hall (Boutique de l'Hôtel de Ville).

The French family company Hermès is one of the most reputable of Paris. There are about 315 Hermès boutiques worldwide, whose assortment ranges from leather goods, silk and cashmere scarves, ties, perfume, watches, shoes, gloves to stationery, enamel, jewelers, porcelain and interior design.

The typical orange packaging and the logo of a horse-drawn carriage called Le Duc, driven by the passengers themselves, were introduced in the 1950s.

Famous are the hand-printed silk scarves with motifs that often refer to equestrian sports. They have been made since 1937 and are produced in Lyon. There are well over a thousand motifs of the so-called Carré Hermès, and twelve new scarves are added every year.

Get one as well as the experience of shopping in a Hermès shop !

6. A book from the Bouquinistes

The Bouquinistes have a total of around 900 small stands presenting old books, comics, magazines, postcards and maps, film posters and posters of stars. The so-called Bouquinistes of Paris have existed since the revolution in 1789.

Since 1931, the length of each stand has been fixed at 8 meters and the painting of the booths must be in the traditional green. Since 1992, the Bouquinistes, which can be found on both banks of the Seine river, have been a part of the UNESCO World Heritage Site.

You are most certainly going to find a souvenir typical of Paris here. You will find many behind Notre-Dame Cathedral.

George Whitman opened the English-language bookshop Le Mistral in Paris in 1951 on the Rue de la Bûcherie, not far from the Latin Quarter on the left bank of the Seine, and renamed it Shakespeare & CO in 1962.

In the 1950s and 1960s, the bookshop was a meeting place for many writers, Allen Ginsberg, Lawrence Ferlinghetti and William S. Burroughs met here, Henry Miller was a frequent customer.

The bookshop specializes mainly in English literature. A book by Shakespeare & Co with a stamp of the iconic shop is an original souvenir.

8. A Portrait from Montmartre

The Place du Tertre, which means "place of the earth hill" in English, is considered the heart of Montmartre. At 130 metres above sea level and just a few metres from the Sacré-Cœur Basilica, numerous painters such as Pablo Picasso and Maurice Utrillo lived there at the beginning of the 20th century. The square and its surroundings were considered the centre of modern art.

Today, the square is home to numerous stands of caricaturists and painters who paint portraits with incredible speed and skill.

Those who come to Paris also visit the Picasso Museum, located in the Le Marais district. Here you can see over 5000 works by Pablo Picasso from all periods of his life, mainly paintings and sculptures.

In the adjoining museum shop, you can buy various Picasso-inspired souvenirs. A good souvenir, not only for intellectually interested guests.

At the age of 23, Olivier Baussan began distilling rosemary essential oil with his old distiller and this is how the story of L'Occitane began. Today, it is a famous brand which sells natural cosmetics produced in sustainable processes.

A gift from the south of France to luxuriate body and soul. You can find L'Occitane shops in the best shopping streets in Paris or even in airports.

The first information about perfume dates back to 7000 B.C. Perfume was first produced in Mesopotamia, Egypt and India, where the aromas were used mainly for the gods, for the dead or as medicine.

Later, perfume was mainly reserved for the nobility and the rich. In Versailles, perfumes were used so much that the court of the French king was even called "court of perfume".

Today there are many famous French perfume brands : Chanel, Lancôme, Guerlain or Yves Saint Laurent are just a few examples, with almost countless different smells. We are sure there is something for your taste, too.

To shop perfume in Paris, we recommend you to go to one of the best shopping centres in Paris like Printemps or Le Bon Marché and ask the vendors to help you find the best perfume for your personality.

Did you find your presents ? What do you think is a typical gift coming from Paris ? Let us know in the comments.

After long hours of shopping, we think you deserve a good meal in one of the best rooftop in Paris. Which one will you pick ?