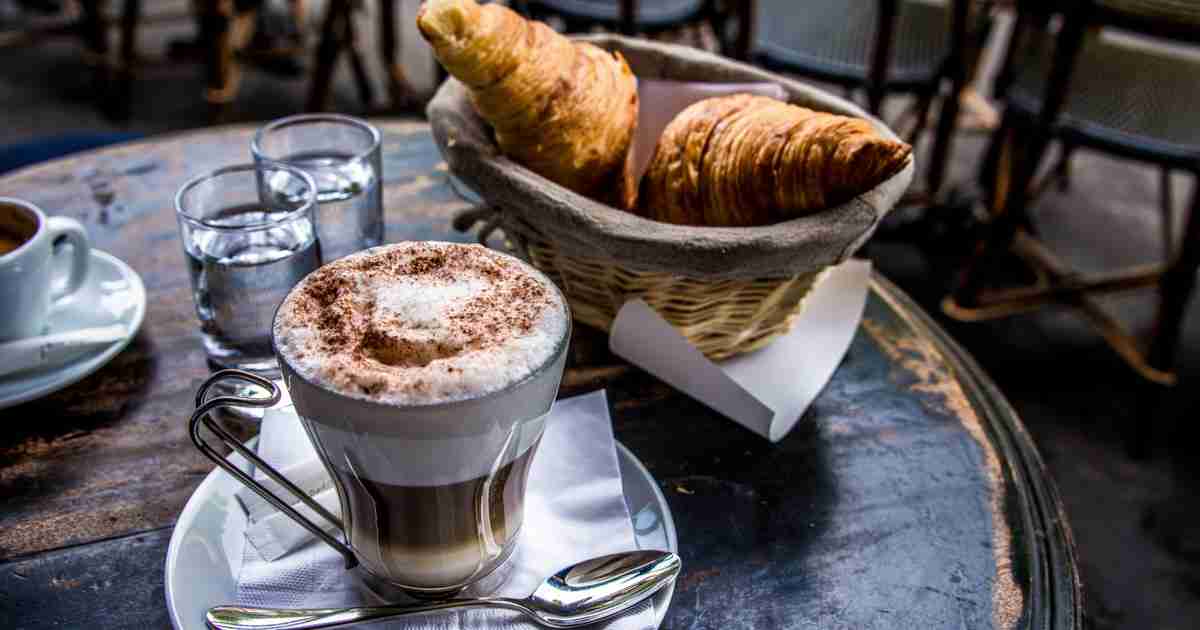 Did you know that there are about 35 000 cafés and bistrots in France, and that 7000 of them are located in Paris ? During your trip in Paris, you will be confronting to a huge choice of places to take a break and drink your hot beverage. That is why we decided to help you and we listed the 20 best Parisian cafés to take a break in in Paris.

In our list, your will find the most populars cafés among famous artists and intellectuals throughout the years, cafés where Napoleon used to go but also hipster or mysterious cafes. Some of them are very famous, others are secret...

Ordering a café is not as easy as you might think. If you just say "café" you will get an expresso and café double is a double expresso. Café allongé or américain is the version that most closely resembles German coffee, while café au lait is the latte that the French like to dip their croissant in.

Here is a list of the most interesting and famous Parisian cafés. 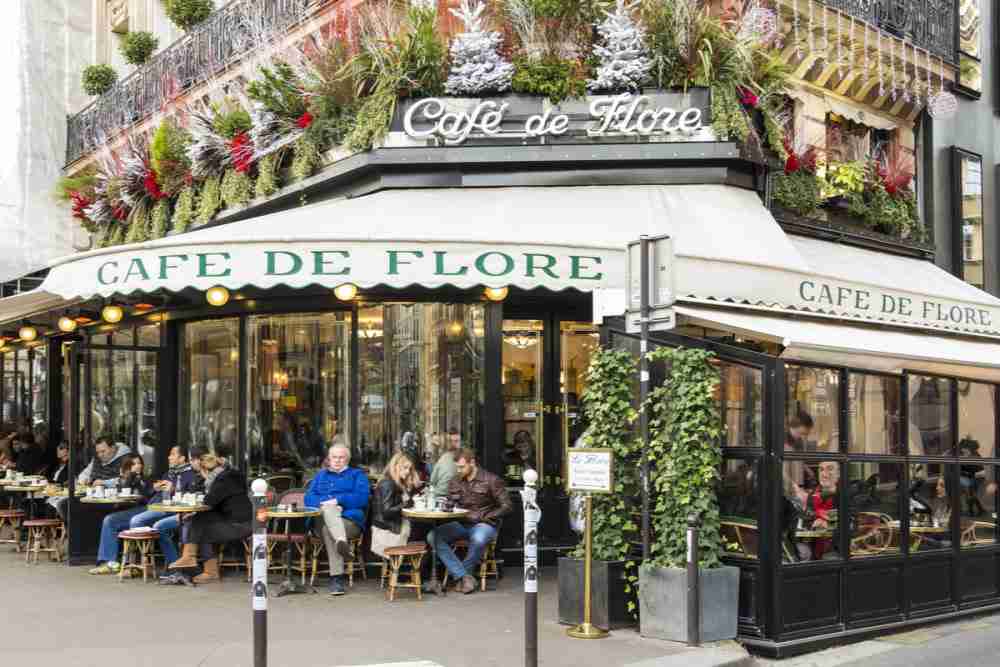 Simone de Beauvoir, Jean-Paul Sartre and Karl Lagerfeld, who lived nearby, were frequent guests here. Even today, it is still popular with literary men and intellectuals.

The café de Flore, which opened in 1887, owes its name to the goddess Flora, whose statue stood on the opposite side of the street. Interesting souvenirs are sold in the attached souvenir shop.

The Café des Deux Moulins is located in the Montmartre district and became famous as the location in the French-German film "The Fabulous World of Amélie". A huge film poster still reminds us of it today. Easily recognizable by its red awning with white and gold lettering, it attracts numerous Amélie fans every day. 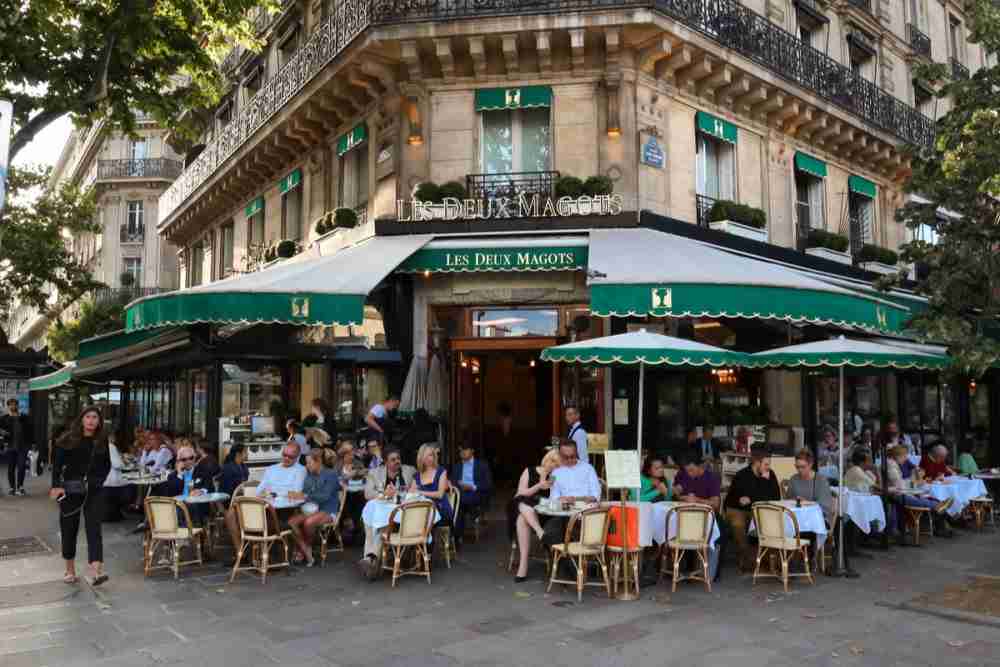 Translated, the name means "The Two Merchants" and is meant to remember that Far Eastern art articles used to be traded here before the café came into being. Located in the heart of St. Germain-des-Prés, the café Les Deux Magots has always been a popular meeting place for artists and intellectuals.

In addition to a rich breakfast, salads and meat dishes are offered, as well as cakes and tarts.

Caffè Stern is located in an old building that originally opened as a book printing house in 1834. Today it is a café by day, while in the evening it serves first-class Italian dishes.

The atmosphere is elegantly upscale, with heavy antique wooden furniture and matching chairs that shimmer in a soft golden hue.

5. 58 Tour Eiffel on the Eiffel Tower 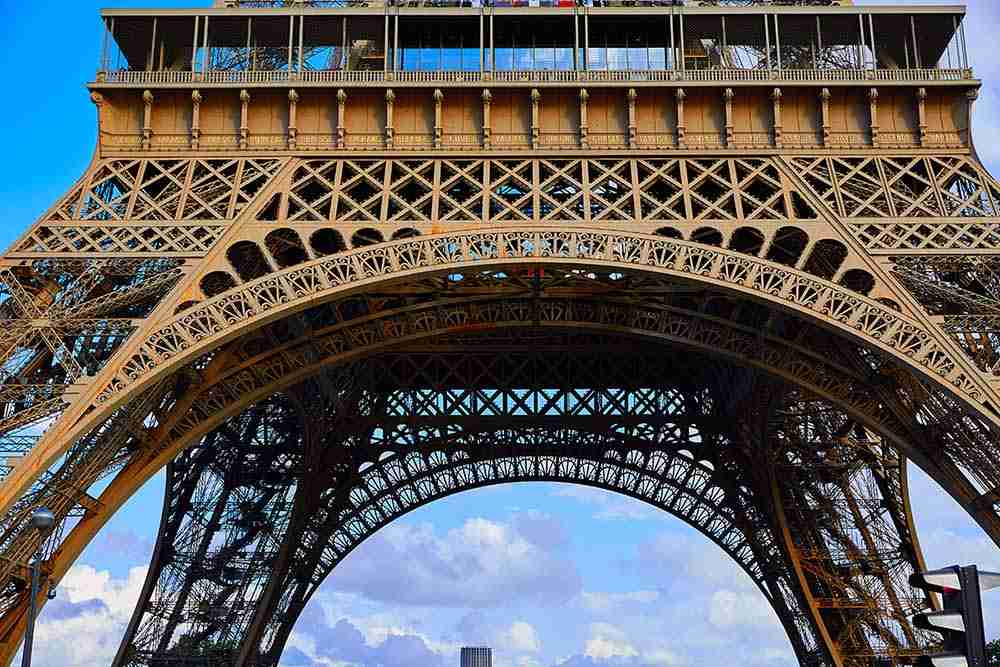 You should be free from giddiness if you decide to visit the café 58 Tour Eiffel on the first floor of the Eiffel Tower. Glassed in all around, it offers a breathtaking view over Paris at a height of 58 metres.

Le Pavillon des Canaux is a concept café located next to the canal in Paris. A Parisian family home has been transformed into a café that is furnished like a cosy house.

There is space to work and discuss and, of course, to drink coffee. Short films, conferences, exhibitions, dance performances and concerts are held regularly.

In the coffee shop on Rue Saint-Honoré, you can enjoy freshly roasted coffee, breakfast and lunch, or tea and hot chocolate in a 1920s ambience. 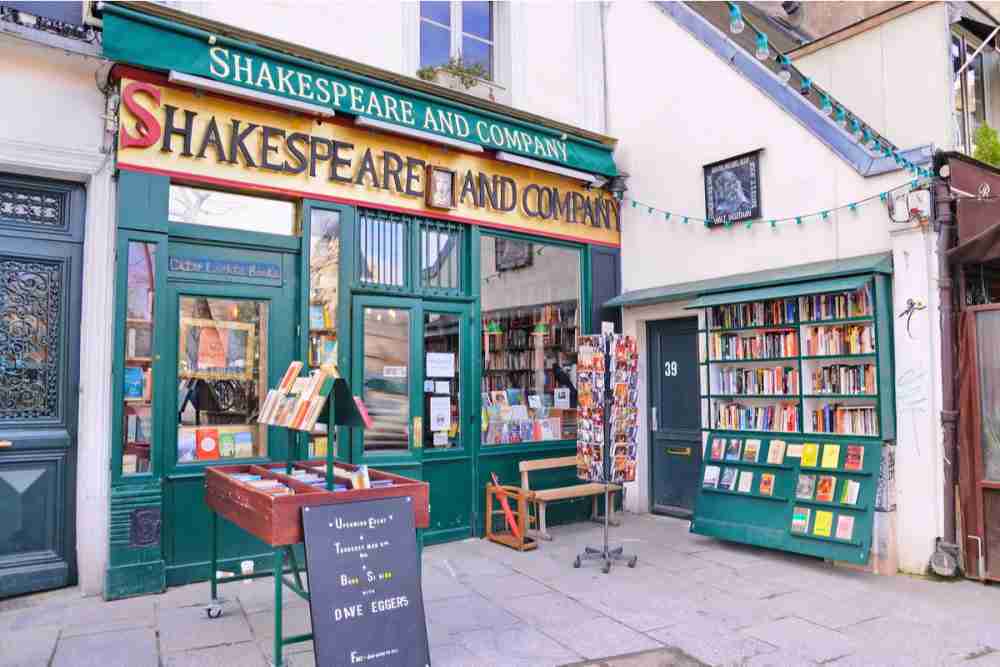 On the left bank of the Seine, the famous bookshop Shakespeare & Co is located in a charming 17th century building. Ernest Hemingway and F. Scott Fitzgerald were once guests here. Right next door is the adjoining café, with its large windows offering a fantastic view of Notre Dame.

A Shakespeare & Co book with a stamp of the iconic shop is also an original souvenir. 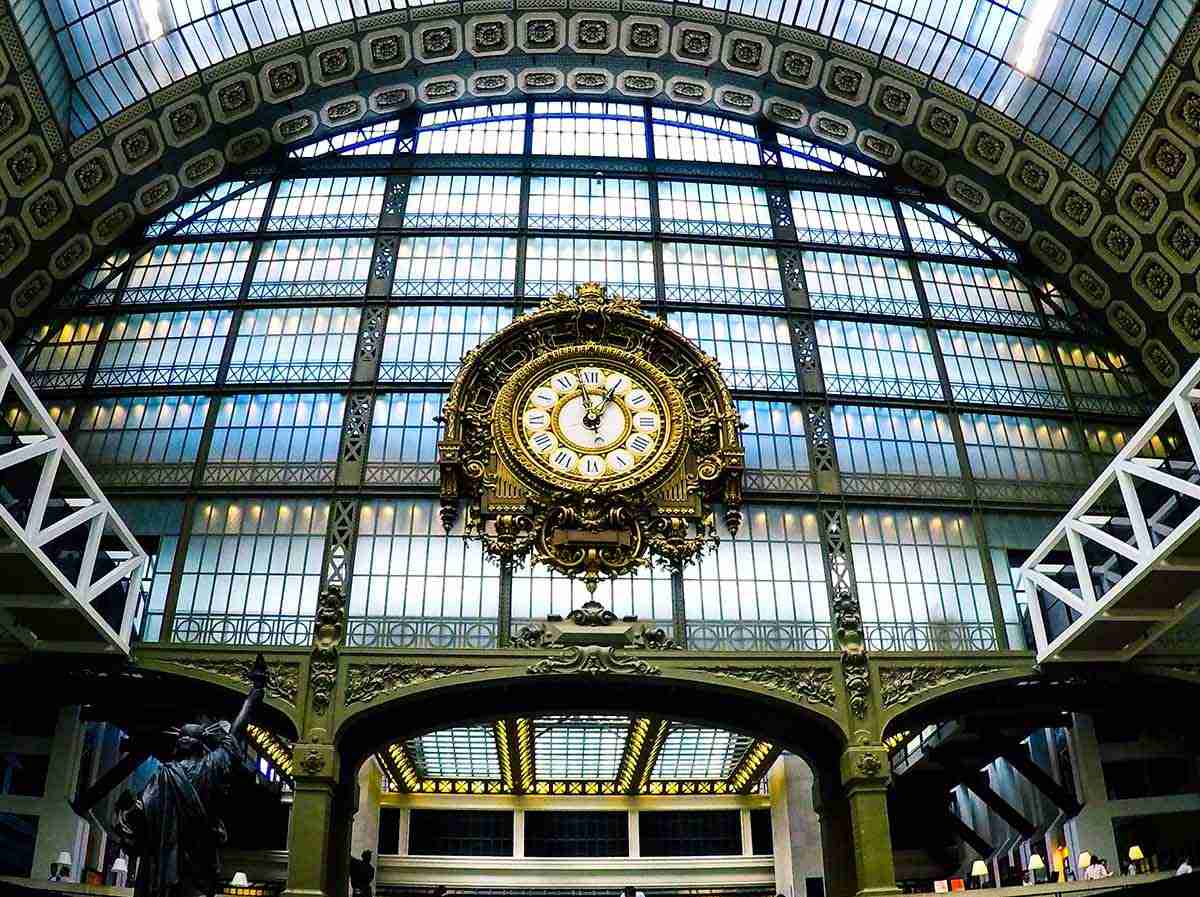 The Campana was designed by two Brazilian brothers, the Campana brothers, who created the interior in Art Nouveau style with fishing net parts and very unusually shaped chairs. The predominant colour is blue, which is supposed to be an allusion to the sea. In addition to salads and snacks, hot dishes are served during the day. 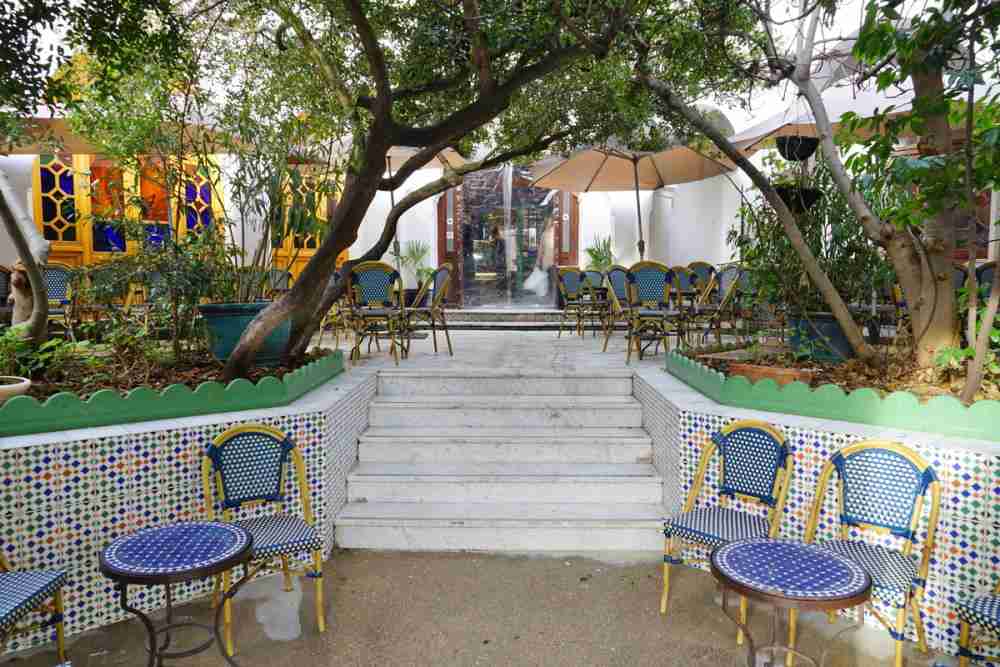 The small tables decorated with mosaics under the fig trees in the courtyard of the mosque convey an oriental atmosphere. The North African café, which is also a tea room, serves traditional pastries and mint tea. 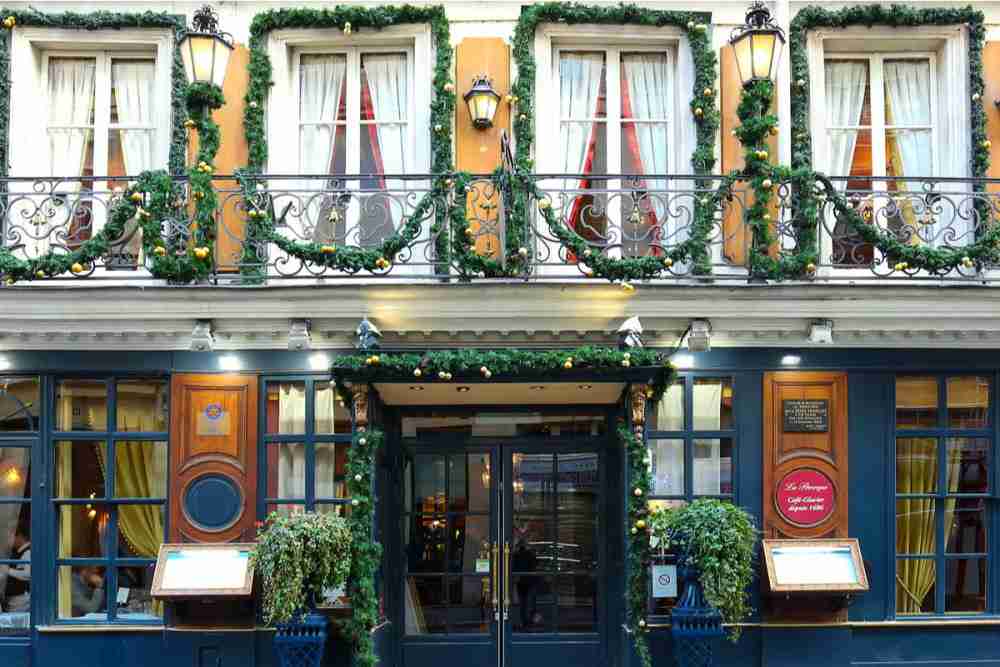 Founded in 1686, it is considered the oldest café in Paris. Crystal chandeliers, red walls and a piano recall the past centuries when it was a meeting place for writers and artists of the Age of Enlightenment. Here you can drink a café, but also have lunch and dine.

Both a café and a restaurant, The Café de la Paix is located on the ground floor of the InterContinental Paris Le Grand Hotel. It offers a beautiful view of the Paris Opera House and is considered the last 19th century café still standing. The interior is lavish and elegant, and the menu offers international specialties. 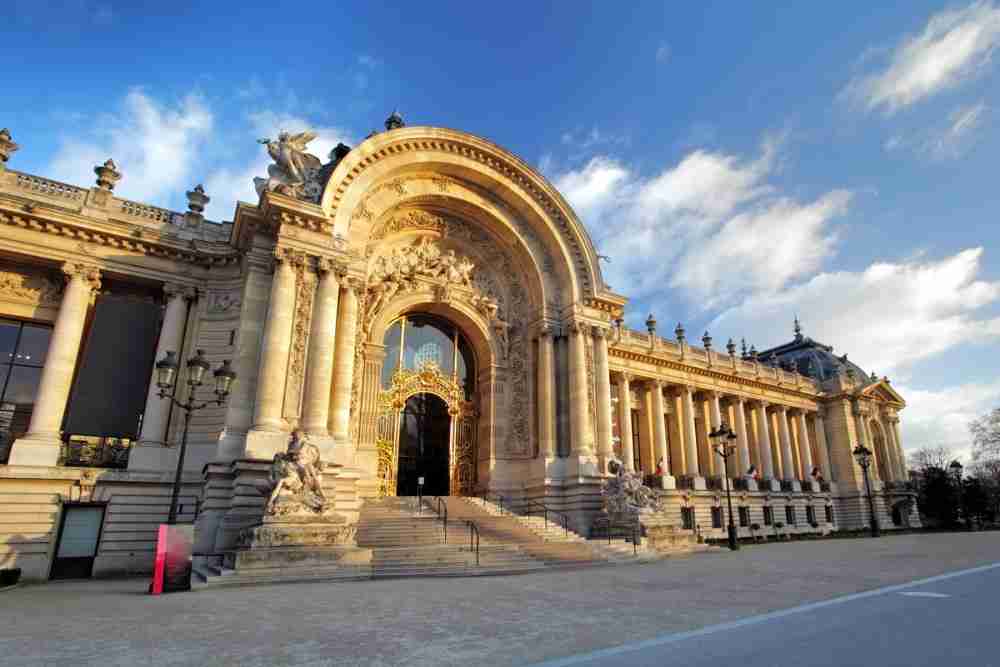 The café in the Museum of Fine Arts captivates with its charming inner garden decorated by mosaics and majestic columns. Located right on the Champs-Elysées Avenue, it's a lovely haven of peace amidst the bustle. The menu is simple, offering small snacks.

The chic atmosphere of the Champs-Elysée Avenue is echoed in the café's décor. On the ground floor, the Eiffel glass wall and the terrace offer a beautiful view of the boulevard. In the evening, cocktails are served at the bar. On the first floor there are various side rooms, a library and a chocolate shop.

Café L'Ébouillanté is located in a pedestrianised street just a few steps from the Seine in a romantic cobblestone street. The interior is colourful and cozy, with crêpes, salads and tarts on the menu. From the gorgeous terrace, you have a magnificent view.

Cafe Lomi is a small roastery in the 18th arrondissement of Paris. The coffee selection changes constantly, depending on what is freshly roasted on site. The homemade muesli with white bread for breakfast is absolutely recommendable.

The décor is playful and loving and the terrace offers a magnificent view of the Jardin du Luxembourg. The emphasis is on fresh ingredients and preparation for snacks or event breakfast. The menu also offers vegetarians a rich choice.

A stone staircase leads up to the 19th-century building, which is overgrown with ivy. Le Pavillon Puebla is located in the Parc des Buttes-Chaumont in the middle of chestnut trees, where you can see squirrels in the morning. The restaurant has two terraces and two bars, and in the evening there is dancing. In winter, raclette and hot wine are served. 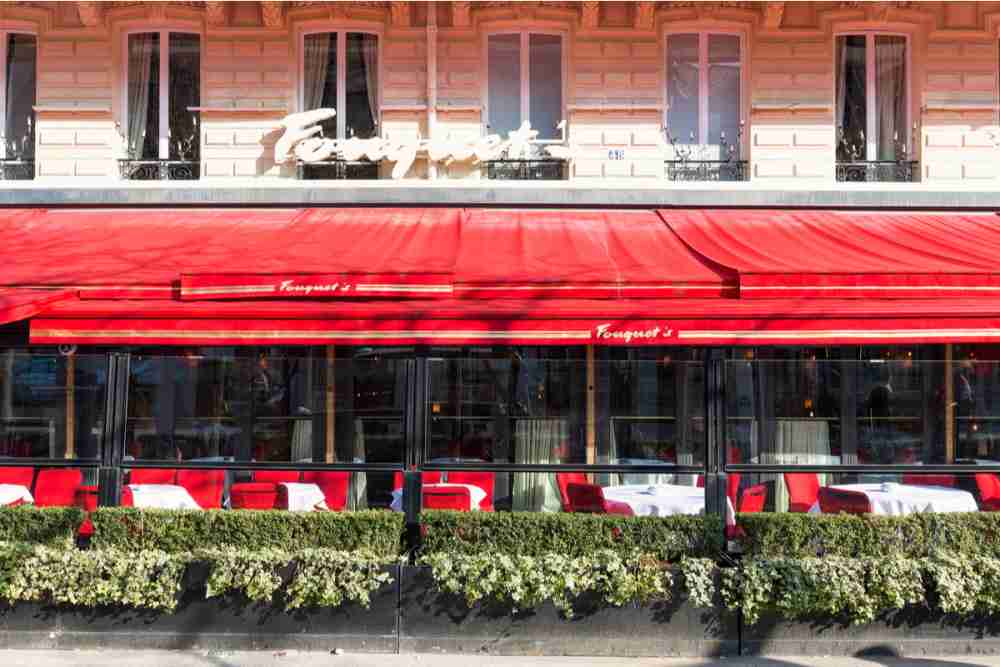 Since it opened in 1847 in the Montparnasse district, La Closerie des Lilas has been popular with artists and intellectuals, hosting names like Pablo Picasso, Jean-Paul Sartre, Ernest Hemingway, Tim Burton and Johnny Deep. Leather seating and mosaic floors give the interior a chic yet cozy feel. The cocktail bar is very popular and convenient for coffee break all day long.

You are now aware of all the best coffee shops in Paris. Don't forget to tell us which café looks the most Parisian for you in the comment section below.

If you want to continue explore the city with some shopping, here are the best shopping streets in Paris. Enjoy !

Shopping Guide in Paris
Guide of restaurants in Paris